John 6:1 Miracle of the five loaves and two fish 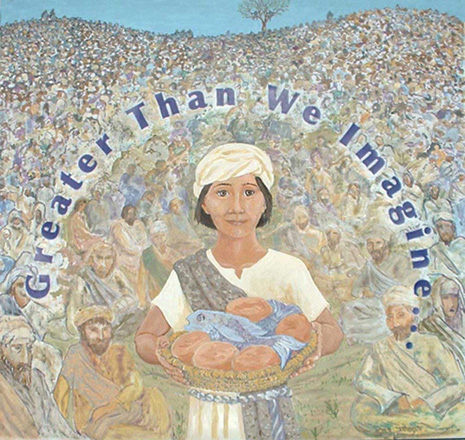 Above: The original drawing Pat made, which appeared in advertisements in the regional newspaper, The Keystone Christian, registration forms and programs for The Regional Assembly of the Christian Church of Pennsylvania. Theme of Assembly: "Greater than we can imagine" from Ephesians 3:20

The following design was created by Pat for the Christian Women's Fellowship Retreat (in PA) of 2003. Pat visualized the design during a planning committee meeting, and made a drawing of it for the others, and then went home to made a template to send back for the silkscreening. Pat painted this T-shirt. The design was used for advertisement in the regional newspaper, The Keystone Christian, and on posters. It was also used on registration forms, on retreat programs, on the T-Shirt (shown), and silk-screened onto bags that were sold at the retreat: (Note that the interlocking arms create hearts between the women, symbolic of how our working together with women of other nationalities and walks of life creates love between us.)

Below: The Women of the World working for Peace design that Pat created for the Christian Women's Fellowship Retreat of 2002 was used for advertisement in the Disciples' of Pennsylvania's regional newspaper, The Keystone Christian, on posters, and on registration forms. It was also used on retreat programs, and was silkscreened onto T-shirts that were sold at the retreat. Pat thought of the design while part of the planning committee. 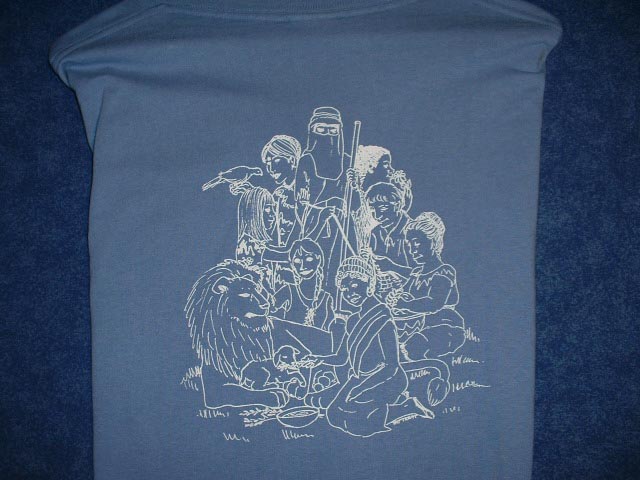 Below: Image for the 2004 Pennsylvania Regional CWF Retreat: My cup overflows... 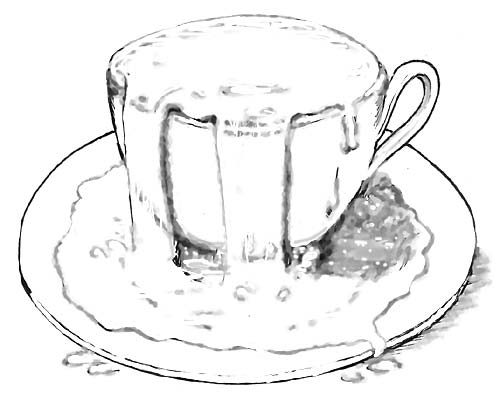 We had a cup exchange during the retreat.

Below: For the Pennsylvania Region's CWF Retreat in September, 2006, with the theme, 'Beacons of God's Light', to go with the scriptures: "Now Your word is a lamp to my feet, a light on my path." Psalm 119:105 and "In the same way your own light must shine in the sight of others, so that, seeing your good works, they may give the praise to your Father in heaven." Matthew 5:16. The idea behind the art: Just as Christ is the beacon of light in our lives, the light which helps us through our stormy seas (like a lighthouse helps ships find their way through darkness and storm), may we also accept that light and take it out to share with others. 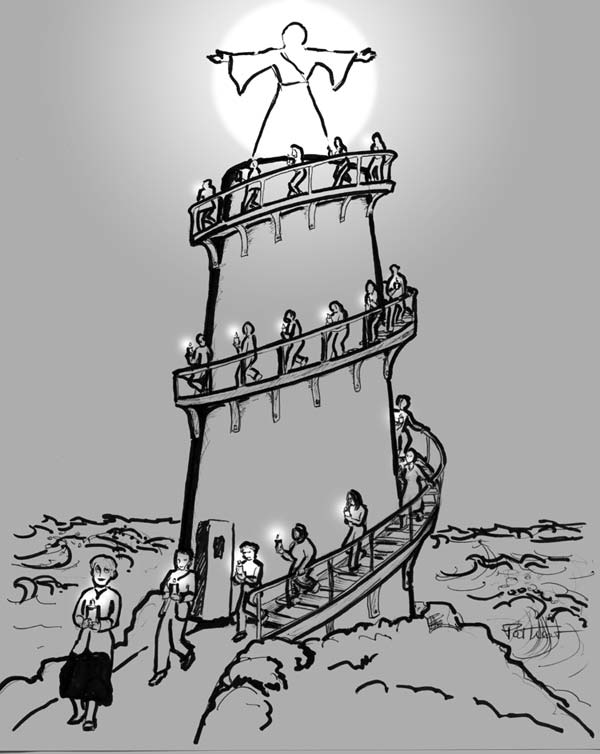 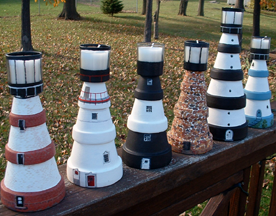 Pat led the craft project for this retreat; we made lighthouses out of upside down, stacked flower pots, with candles on top. Pat did all of these.

Below: For the Pennsylvania Region's CWF Retreat in September, 2007, focusing on the good works women do:

Below: Seasons of the Soul for the 2008 Retreat: 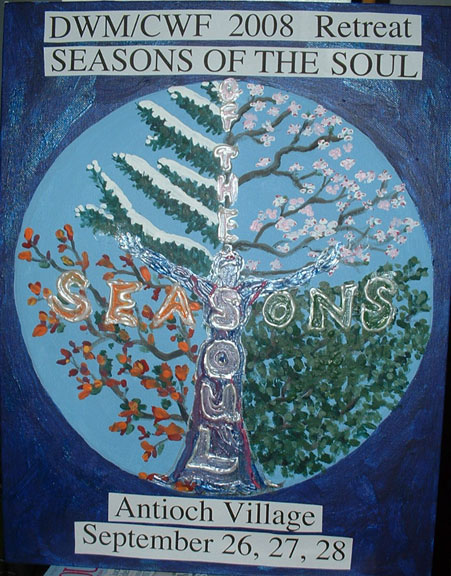 2007 retreat-circle art.pdf More to be added from Disciples Women's Ministries (DWM) and Christian Women's Fellowship (CWF) Retreats, and other events.