Home Page
Return to The Artist
next page: My other family, Jay's branch

My sister Marianna has two sons, one grandson and one granddaughter

(above) Shyanne with her Uncle Matt. Marianna also has a grandson, James, the oldest child of Sam's.

My sister Terry and family:

Below, left to right: Mary and husband, Gaston, and daughter Vivienne, Tracey and Thomas, Margaret and Jason (Hannah is there but not in the picture). Christmas 2004 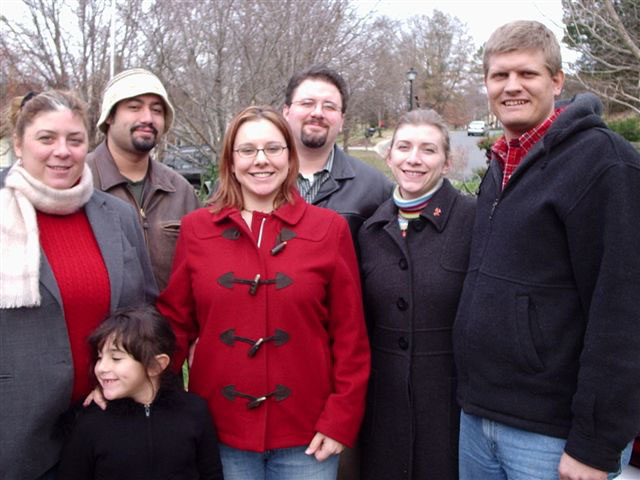 My brother, Michael, has two sons, Mark and Andrew, both married, one granddaughter and one grandchild on the way. 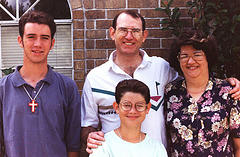 (above) The four of them few years back ... and Mark and wife, Becky 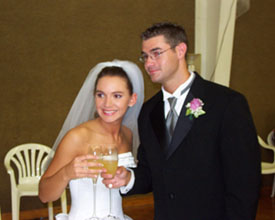 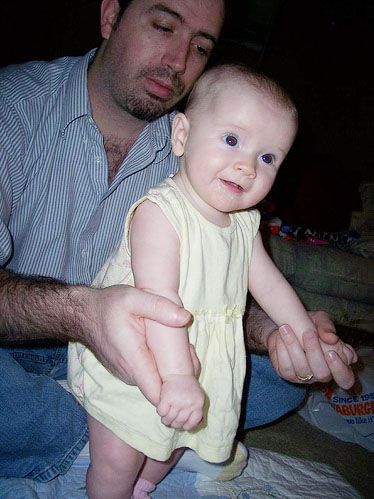 next page: My other family, Jay's branch